“The Daily Jakarta Shimbun” reported the futsal friendly matches and workshops in Jakarta. 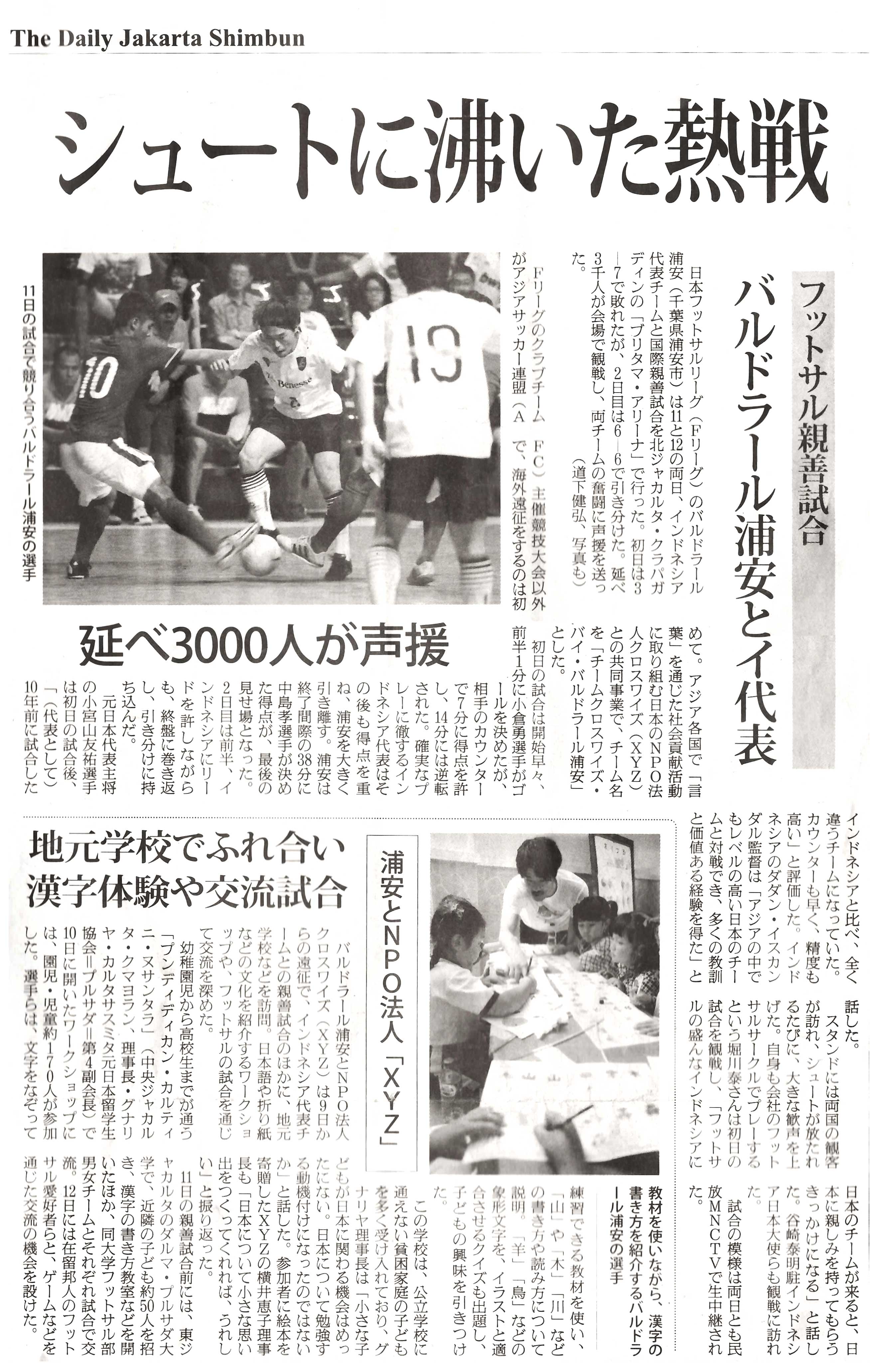 On April 13, 2015, “The Daily Jakarta Shimbun”, a daily newspaper in Japanese published in Indonesia, reported the futsal friendly matches and workshops at local schools.

On 11th and 12th April, international futsal friendly matches between Indonesia National Team and Bardral URAYASU, belonging to the Japan Futsal League, were held at BritAma Arena in Kelapa Gading, North Jakarta. The game ended in a 3-7 loss for Bardral URAYASU the first day, but in a 6-6 drew the second day. A total of more than 3,000 people came watched the games and cheered both teams. Japanese ambassador of Indonesia also visited to watch, and both matches were broadcasted live on TV.

Bardral Urayasu and Specified NPO Cross Wise visited local schools, in addition to hold a friendly match with the Indonesian national team. They held workshops to introduce Japanese culture, such as Japanese language, Kanji(Chinese character), origami, and futsal games. They have deepened their exchange.
Pendidikan Kartini Nusantara, which accepted a lot of children of poor families that do not attend public schools, was one of the local school where they visited. Ms. Gunarijah Kartasasmita, president of the school, said “For little children, this is a valuable opportunity to be involved in Japan. I think this would be a good motivation for them to learn about Japan.” “I’d be glad if this could be little good memories about Japan for children”, said Ms. Keiko Yokoi, president of Cross Wise.